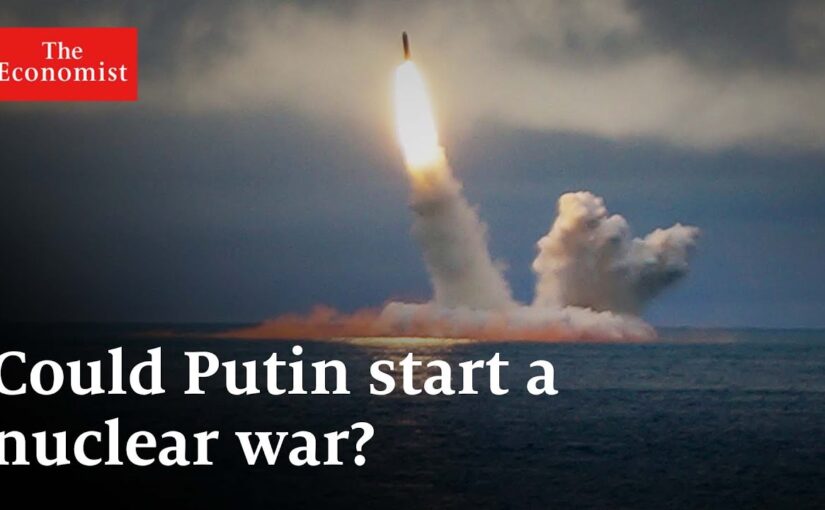 It seems to be ignored by those without roots in the 1980-ties’ discourse that the main issue related to nuclear weapons from the 1950-ties onwards was how to make the weapons usable for something more than the deterrence of a general nuclear attack.

The U.S, sought to enhance the credibility of NATO’s defensive by arming the existing forces with with a very large number of Tactical Nuclear Weapons. Thereby we hoped to deter a Soviet attack without spending a large amount of money on larger conventional forces.

Likewise the leader of the Soviet Union, Nikita Khrushchev, needed to free funds for the development of the economy and forced the Red Army to replace mass with nuclear weapons, mainly on missiles.

Where NATO realised the problems of assuming an automatic escalation to nuclear weapons as an early response to a Soviet Invasion, the lack of a academic-political-military exchange in Moscow meant that the Soviet General Staff war planners and staff colleges continued regarding nuclear weapons as just a more powerful type of ammunition, and only the Chernobyl disaster in 1986 and the massive follow-on cleaning operation made some realise that this view could not be sustained.

By mid-late 1970-ties the U.S. Carter Administration sought ways to extend its nuclear deterrence to Western Europe by developing a capability for “Limited Nuclear Options” different from the general and self-destructive possiblity of fighting a defensive tactical nuclear war in Europe.

When the Soviet Union modernised its intermediate range nuclear forces by deploying the SS-20 missiles, NATO decided to meet the threat of Western Europe being “de-coupled” from the U.S. strategic deterrent by deploying its own intermediate ballistic and cruise missiles, if the SS-20s were not removed.

The only place in Denmark where officials were educated in understanding nuclear issues was at the Joint Staff Course at the Royal Danish Defence College. I graduated in 1979 and soon became drawn into the hot and divisive public debate on the threat of nuclear war and human extinction that followed. My years 1981 to 1983 were spent serving as a board member of the government created Commission for Security and Disarmament Affairs dealing with nuclear weapons issues in writing, international conferences and in public discourse. After 1989 with its end of the Cold War, I hoped and assumed that I would never have to remember and use the understanding developed from ten years earlier.

However, now I am chocked by the frivolous certainty from people like the former NATO Secretary General, Anders Fogh-Rasmussen, that even in an open war between Russia and the West there is no risk of escalation to use of nuclear weapons. He may have heard the the 2013 Russian Military Doctrine include nuclear weapons’ threat and use to protect gains at a lower level of conflict.

But he ignores the risk and thereby the problem of what to do if mistaken.

With my background in the period where the dominating public consern was nuclear war rather than climate change, I find that the optimistic certainty borders on madness.

As a historian I am certain that nuclear weapons will be used again – early or later – and that it is our duty to confront that risk and do our maximum to minimise that risk by accepting the possibility rather than by arrogant denial.