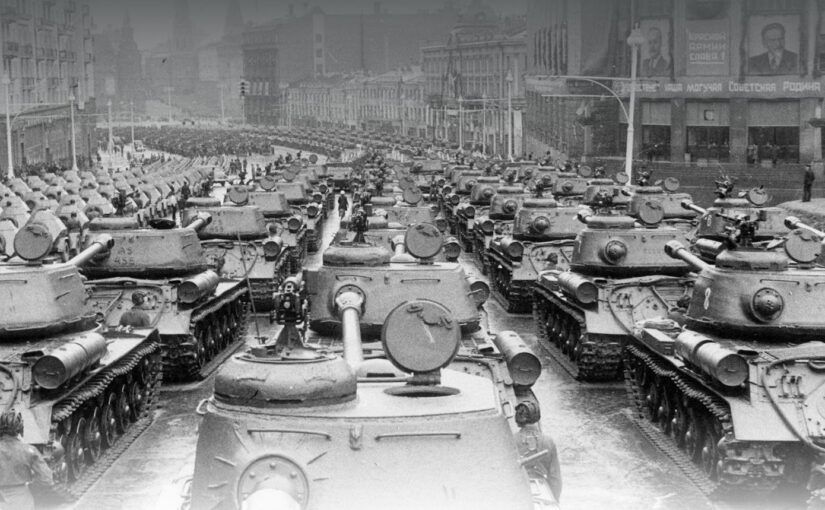 When an American friend noted that the rot of the Russian Army exposed in Ukraine would mean that Russia would not become a conventionel threat for twenty years, I replied:

The Russian potential is enormous. My Baltic friends have experience with that enormous power and have already been told once since 1991 by arrogant Westerners such as Americans, Brits and Germans to ignore it.

My experience with Russian officers is that they are well trained and their General Staff officer corps is very good and focused.

However, right now they are led by a corrupt, self-serving mediocrat. But I know as historian what they could do when their leader was that extremely brutal hater of inefficiency and corruption, Josif Stalin.

If such a person replaced Putin tomorrow, the Russian nation would hail him.

Hundred years ago Trotsky had taken a broken army to victory in 1 1/2 years by using zarist officers. Only the Poles were just able to beat it because of jealousy between Soviet commanders.

So if nothing happens to counter corruption and kleptocratic behaviour, you are right. And if Russia finally goes West, we shall all be right.

But if a hater of Putin’s thieving regime that is still an ardent nationalist takes over, it will take a very short time to rebuild the army using the Chinese axis to the maximum. Navalny could be that person.

This my Balts, the Poles, the Finns and the Ukrainians know. They are not like Westerners without history to inform them.