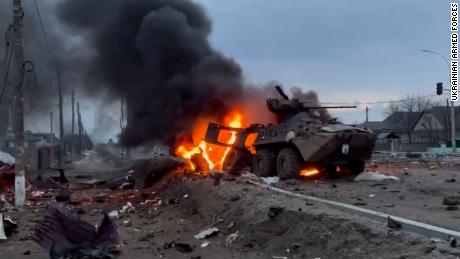 The problems are apparently much smaller in the Russian Naval Infantry and airborne troops than in the regular army units, so the analysis concentrate on the latter.

As we know from other cases, this problem is hardly unique to Putin’s Russia now. We just have to go back to the situation in Afghanistan last summer or Donald Rumsfeld’s record before the invasion of Iraq in 2003.

As long as Russia have a dictatorial leadership real improvement is unlikely.

The BTG proved far too weak to take the attrition and still operate as the traditional Russian/Soviet break-through and follow-up manoeuvre require. Its effect is also dependents on a quality of delegated command that seems to be beyond the Russian Army to achieve (except at the end of a major war as in 1946-45).

The Russian Army could probably improve its performance by returning til Motor Rifle and Tank Regiment based divisions. However, this would be a move away from the 2013 Military Doctrine focus on grey zone situations, and Russia will find it hard to create the mass required to succeed.

In order to achieve this the army needs to allow and breed initiative amongst its officers. Their education, training and character of the field exercises should change in a fundamental way away from detailed planned, “scientific” battle management military paradigm. It would require a very significant change of service culture that would probably be easier to develop and accept in the major to colonel ranks than among the junior officers. Apparently such improvement has been easier to develop in the elite naval and airborne infantry as well as spesnaz units than in the regular army.

It would apparently take a major change of service culture and leadership commitment to change the “dedovshchina” treatment of conscript soldiers and make regular contract service attractive to both the soldier and his family. The war has made clear that this has not yet been anywhere near achieved in the army.

I see this as the most difficult Russian challenge, as it would require not only a massive use of resources, it would have to discipline and clean-up the corruption in a lucrative part of the state sector . As a minimum they have to achieve a standardised modernisation of all main battle tanks with new defensive sensors and automatic active armour to defeat modern anti-tank weapons … in real competition between tha design bureaus. They also had to develop and integrate far better drone systems, to supply thousands of new armoured transport and combat vehicles for their infantry (motor riflemen) and to replace tens of thousands of trucks with vehicles with a far better cross-country capability. Parallel with this the air forces need to produce a large number of new sophisticated replacement aircraft and large stocks of precision munitions.