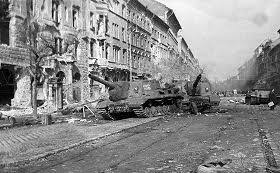 In 1918 the Finns fought and achieved independence. The German assistance proved effective.

At the end of 1918 the Baltic peoples started their fight for independence led by the Estonians. The German invasion in February 1918 had made this possible. Russian Bolsheviks invaded in December to crush the attempt as they had in Finland. However, a surge of will to fight similar to what we now see in Ukraine was nourished by the arrival of the Royal Navy off Reval (Tallinn) with moral support and weapons. Finland helped their brothers. In 1919 first a more energetic British and thereafter a determined French support chased both the Russian army and then the German mercenaries out of the emerging new Baltic Republics.

Thereafter the fight for freedom against Russian rule moved south, and with the help of French assistance the Poles broke the Soviet Russian counter-offensive at Warsaw in late summer 1920. The defeat of the Russians also meant that Western Ukraine remained part of Europe until late summer 1939 with the Molotov-Ribbentrop Pact in autumn 1939. By June 1940 it also led to the end of the first Baltic years of independence.

When Stalin invaded Finland after a “false flag”-incident later in 1939, Western public opinion reacted as now to events in Ukraine. France and Britain – already in the “Phoney War” with Germany – sent arms assistance and prepared to exploit the situation by sending an expeditionary corps to North Scandinavia and reach the Finns. The threat of that intervention stopped the massive resumed Soviet offensive against Finland and thus saved Finland for the future.

After the Second World War Russian powed had brought control of Eastern Europe, and in 1956 the Hungarians rebelled to regain their freedom.

They were followed in 1968 by the Czechoslovakians and thereafter soon by the Poles in several waves.

We now know that in 1956 the American nuclear weapons dominance had been so total that a determined threat of war would have been likely to have forced a compromise that would probably have ended in a neutral status of Hungary similar to that of Austria.

However, in 1968 that clear dominance had ended. It was also the case in 1982, and the U.S. President, Ronald Reagan, choose a strategy of long term support for the Polish aspirations by denying the legitimacy of Soviet rule.

In 1994 and 1999 in Chechnya, in 2008 in Georgia and 2014 in Ukraine the response was indifference, denial and appeasement. Ukrainians now pay for that.

Here in 2022, Westerns states’ naïvity and unilateral disarmament, (including American in the nuclear weapons field), have removed key check pieces from the board and turned the 1956 advantage on its head.

The West has therefore been left self-emasculated and the Ukranians have joined the far too long list of heroes in the struggle against Russian imperialism.