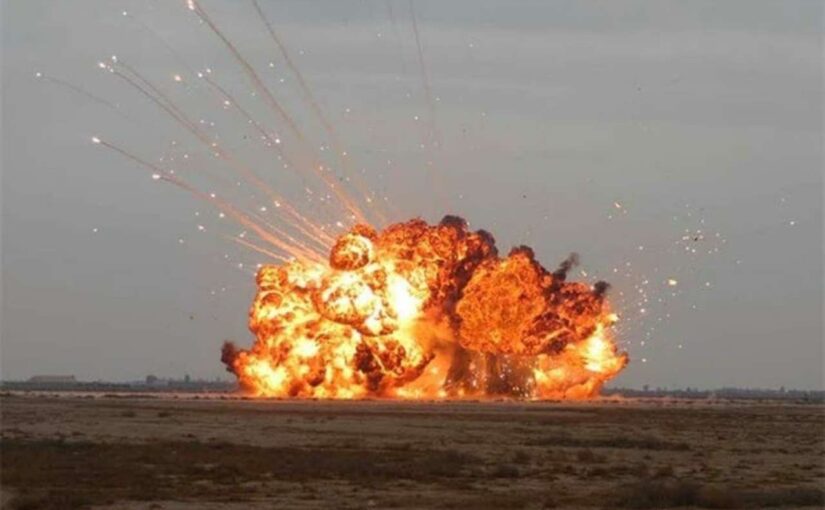 In 1939-40 and again i summer 1944 Finnish bravery in defence on the Karelian Istmus held in spite of massive Soviet Russian artillery bombardment. Today they would have failed.

In this winter of 2022 the cowardly president of the formerly great Russian Nation realised that the bravery of the Ukranian Nation was beyond what his ineffective soldiers could manage.

However, now the right weapon to counter raw courage was available.

A weapon that destroy the courage by killing everything alive immediately within at least a square kilometer. Like the effects of a small nuclear warhead. All killed with a combination of destroyed lungs and third degree burns.

The West experimented with the “thermobaric”/”fuel-air explosive”/”vacuum” ammunition, and I remember that it was considered a possible solution to clearing mine fields.

But the Russians developed field artillery systems for the weopon.

For the Russian corrupt cowards it was good to have this tool to counter first Chechnyan and now Ukrainian courage and raw will to resist.

The Russians used to be the carrier of a great culture. Now be they have let themselves be reduced to a mix of criminals and accomplises with only the brave few that stand up.

Let that nation freeze in isolation until it learns, regrets and compensates for the crimes against humanity they have now been responsible for in more than a century.