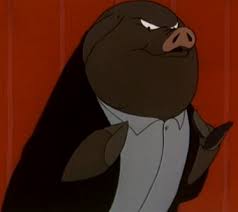 It is both stupid and dangerous to show bullies respect, whether they are Foreign Ministers or just the local ambassador.

When Russian notes threatened the recipient OSCE c-member states, they should be published immediately with the remark that the character of the communication meant that it could not be recieved or processed.

When the Russian Ambassadors to first Denmark and then Sweden openly threatened their host states in totally inappropiate form, they should be deprived of access to the local contacts, until they apologized (which would not happen, meaning that contacts dropped to lower level).

When the treatment of Macron or Liz Truss totally broke decent diplomatic standards, their continued presence was both futile and harmful to their states and the chances of promoting their cause, and they should break the meeting and leave.

So interrupt the bullying and break. That is is only way to make Putin re-realize that he needs normal diplomacy.

Freeze contacts with the brutes and use other channels for bypass. Plenty available nowadays.