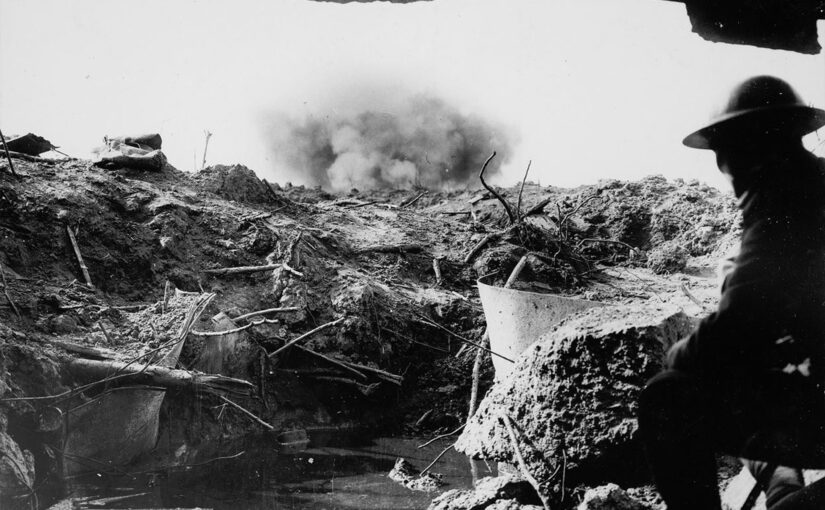 We are basically on the way back in a tactical situation rather similar in many respects to that of 1918. It is with offensive manoeuvre hampered by the effectiveness of direct fires and therefore forced into tactical infiltration using the gaps in the (presently) low-density defence.

Then as now the battle is becoming dominated by attrition using indirect fires, but from a constantly moving set of dispersed fire units firing powerful area (Fuel Air Explosive/Thermobaric or cluster) munitions or homing/control guided munitions (including armed drones and Loitering Munitions).

However, then the battle was doomed to nearly total blindness as information about the enemy was limited to aerial photography/lucky air observation and simple technical artillery detection means.

Now satellites and drones can inform both targeting and infiltration manoeuvre, and therefore the fight for information dominance in using and defeating drones is to become a decisive factor in battle.

Until two weeks ago, the Ukrainian clear superiority in direct fire and manoeuvre combat was decisive. But thereafter the Russian superiority in the effects of their indirect fires started to full effect on the Ukrainian defence, and so far the available Western/Ukrainian technical/tactical response has proven inadequate.

The failure of the West to follow Russia in the development of artillery and its munitions (because in our arrogance we assumed air supremacy), is now costing Ukraine hundreds of lives without effect and may bring operational defeat if not met resolutely and quickly .